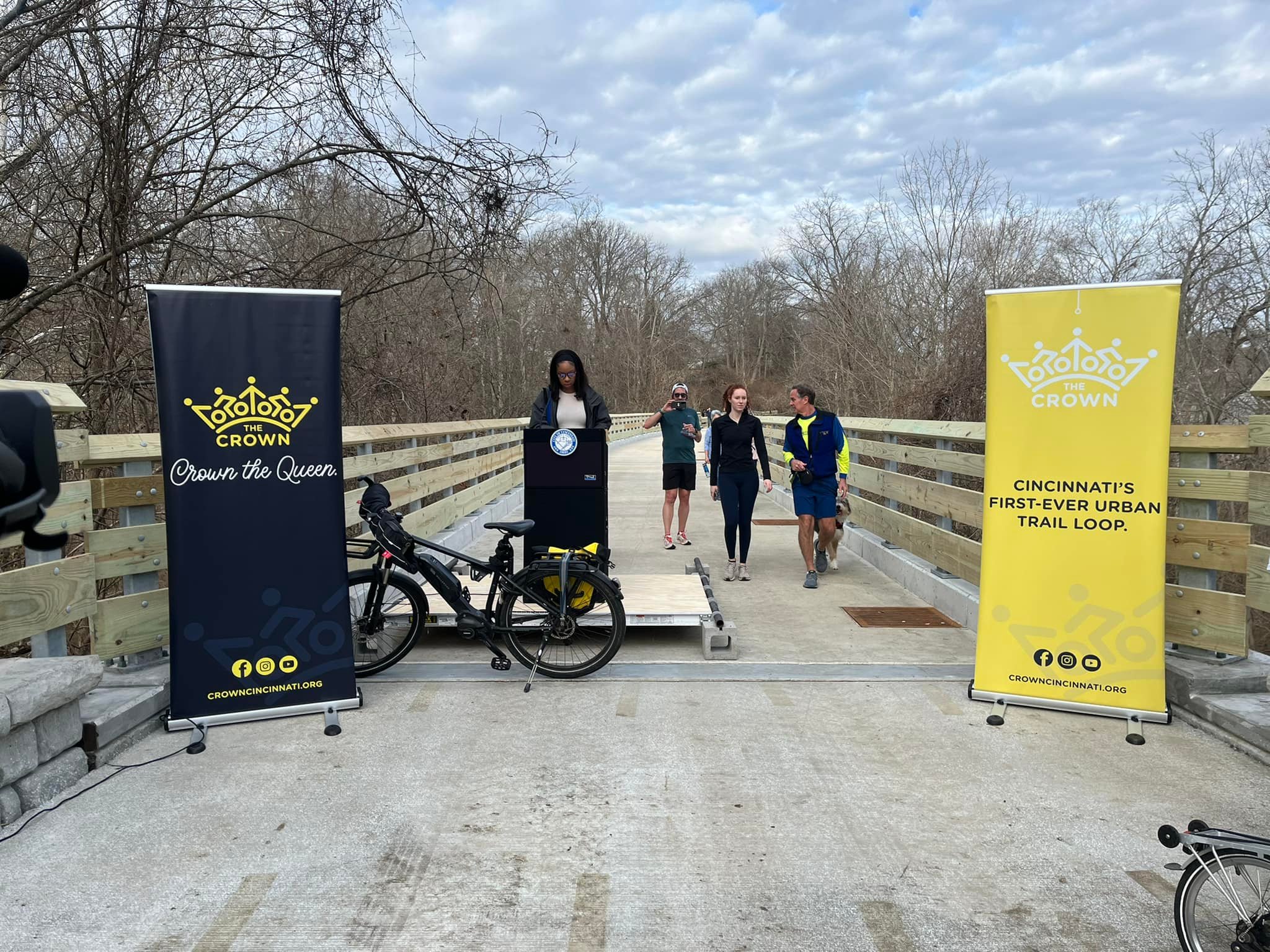 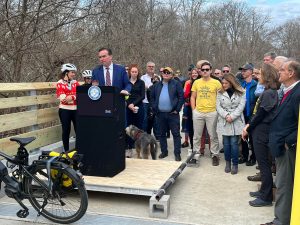 On December 15th history was made — the new Ault Park bridge and trail down to Old Red Bank Road, part of the Wasson Way Multi-Use Trail officially opened. A bridge that for over 100 years delivered coal to Cincinnati has been converted to an urban greenway that will knit together communities and join people from all walks of life.

I was there to witness it and judging from the crows and electric excitement, I know I’m not the only one that’s thrilled to see the progress. I believe with all my heart that this expanded trail connectivity is an absolute benefit for our city and neighborhoods. An accessible and extensive trail network serves as a community hub and catalyst for economic growth. Increasingly, people want to live where they play. They seek out nearby dining and entertainment options — walkability and easy access are key.

At the recent Phase 4 ribbon cutting, with the Marburg overpass in the distance, dozens of people milled about awaiting the official opening of the Marburg to Ault Park portion of the Wasson Way Trail. The community’s buzz and excitement was tangible.

“I never thought I would see this day” one woman joked, while holding her bicycle. “I thought my kids would have to push me in a wheelchair. Instead I’m going to ride it.”

Even before the official ribbon cutting, girls jogged down the trail — ponytails whipping – and parents with strollers walked babies, while cyclists rode by. In true community spirit, Coffee Emporium was on hand with iced tea and lemonade, serving dozens of supporters wearing Crown the Queen T-shirts.

Organizers describe the Wasson Way Trail as Cincinnati’s first ever urban trail loop and it’s already made a huge impact. Sean McGrory, board chair of the non-profit Wasson Way Project kicked off the Phase 4 ribbon cutting by noting that “this is probably one of the most remarkable public/private partnerships.” Funds have been raised via federal grants, along with public and private donors.

Right now the trail is now 3.2 miles long and organizers estimate 1,000 trail users a day. That number jumps to 1,400 on weekends. And in 2022, the trail will connect to Avondale, inching ever closer to the trail’s eventual western spur and the planned multi-modal transit center designated for the University of Cincinnati’s Uptown. Next year, trail users can go from UC all the way to Ault Park with barely crossing a road, noted Cincinnati Mayor John Cranley.

When complete, Wasson Way will be part of a 100+ mile active transportation network connected by a 34-mile separated trail loop around Cincinnati’s urban core. This Cincinnati Riding or Walking Network (CROWN) system will connect at least 356,000 people in 49 neighborhoods to major destinations like employment centers, schools, parks, retail, recreation, and entertainment, according to Green Umbrella, the non-profit sustainability alliance that oversees Cincinnati’s trail systems.

Tune in soon for a look at the proposed Mill Creek Greenway Trail. I’ll touch on what organizers hope to accomplish along with some of the obstacles they currently face.

As a cyclist, I know the importance of living near these communities along our trails where we gather, play and eat. It improves our quality of life and strengthens our sense of community. If you are interested in purchasing a home for sale near our local trails, call me at 513-702-3419 or email [email protected]