The Beechmont Connector is Open! 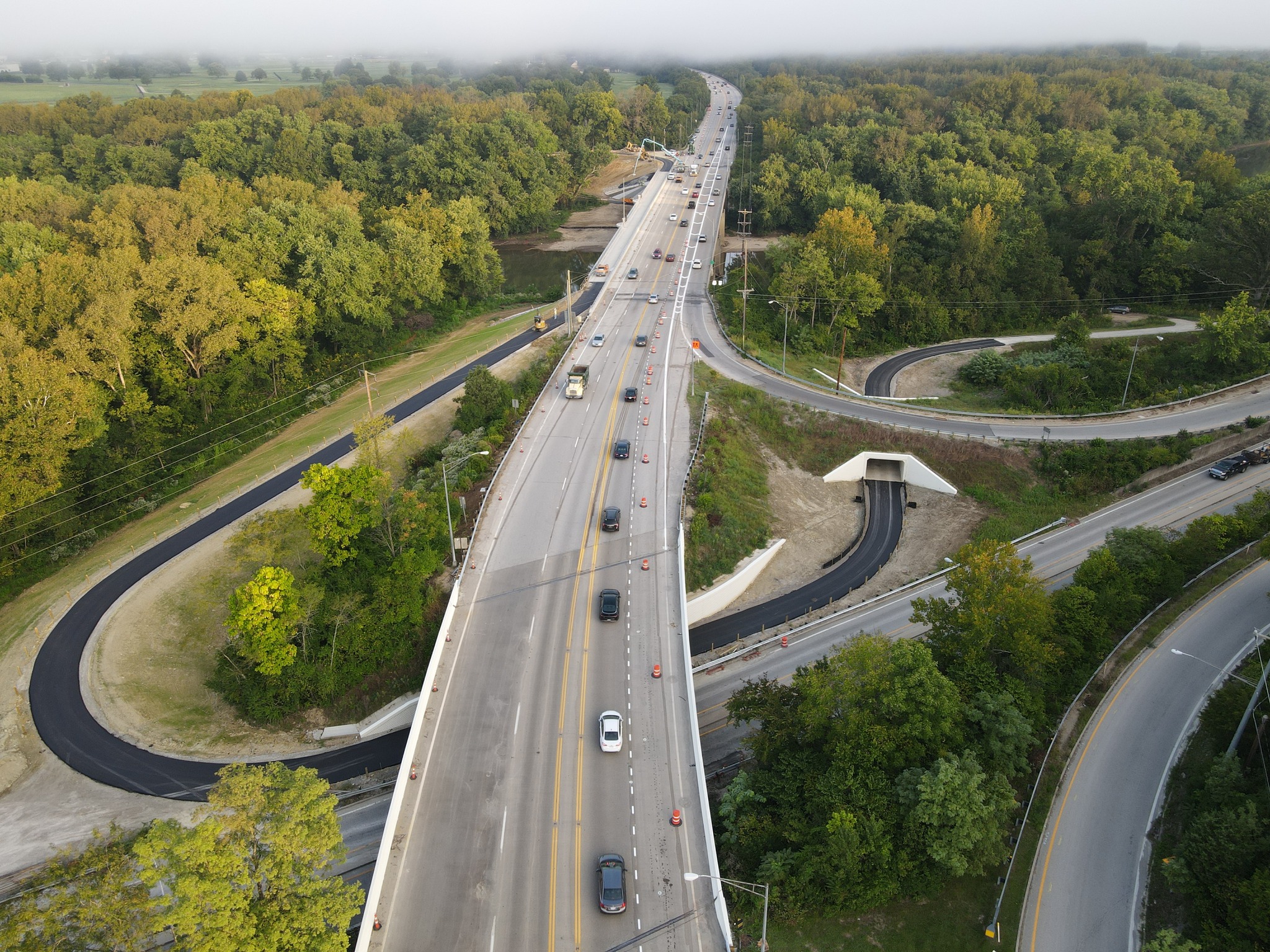 To cheers and applause from cyclists, trail proponents and project organizers, the long-awaited Beechmont Connector opened today in Anderson Township.

The dedicated pedestrian and cycling bridge now connects the Little Miami Scenic Trail to Armleder Park and downtown Cincinnati via the Lunken Bike Trail and the Ohio River Trail. The bridge allows cyclists and pedestrians to cross the river near Lunken Airport, giving bicyclists a dedicated path from Downtown Cincinnati to the nearly 80-mile Little Miami Scenic Trail.

The south side of the 500-foot long Beechmont Bridge was widened to provide a 14-foot wide hike/bike lane separated from traffic by a concrete barrier with a metal railing. A joint undertaking between Great Parks of Hamilton County and the city of Cincinnati, the project also includes a retaining wall underneath the bridge for a pedestrian passageway and a tunnel under the westbound Ohio 32 ramp to Beechmont Avenue.

The Little Miami Scenic Trail – locally known as the Loveland Bike Trail — is perhaps among the best known trails in our area. It knits together various communities along the Little Miami River, from Newtown, Terrace Park and Milford, upwards to Loveland, Morrow and Yellow Springs. Up until now, there has been no bike-friendly way to cross the Little Miami River in Anderson Township to reach adjacent Cincinnati trails.

A public event to celebrate the new connector is set for Oct. 2 at Otto Armleder Park and will include a 5K, food trucks and live music.